The New Albion Circuit (and its family circles) has a newsletter, The Harbinger (now Western Harbinger), containing information on events plus more. The original “Harbinger” was a circular for the Calvinist Connexion founded by the famous reverend and revivalist preacher, George Whitefield. Whitefield’s Connexion played a substantial role alongside Wesley’s United Societies during the Atlantic revival of the 18th-century between England and America.

Given our general interest and imitation of English religious societies (the Methodist and older Woodwardian sort), we rebooted the same magazine, albeit on an incredibly smaller scale with a more anecdotal rather than scholarly rigor. We hope it inspires efforts like our own, continuing a modest legacy that stretches back to an older Methodism that knew Anglicanism as its mother & nursing home.

If you wish to be added to our mailing list, in order to receive free hardcopies, please contact Mr Bartlett with your snail mail address, POB or otherwise. 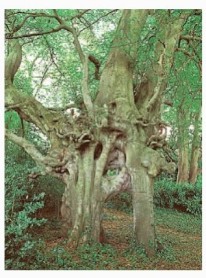